Pravalika Gayatri Putalapattu, senior at Thomas Jefferson High School for Science and Technology, received a $70,000 award for the design of a video-assisted workflow recognition program to monitor laparoscopic gallbladder surgeries in real time. Her work won seventh place in the 2022 competition Regeneron Science Talent Search. The 17-year-old’s program verifies a surgeon’s actions and flags errors so that immediate corrections can be made.

“My program was inspired by my cousin in India who died of a preventable complication from brain surgery,” Putalaputtu said. “I wanted to create a tool that relieves stress for surgeons and helps them perform better in the operating room.”

The program takes the live video feed of the surgery and analyzes it to identify surgical errors as they occur. His new system is five times faster than similar systems currently in use.

“The speed of my program is extremely important, because workflow recognition tools are ultimately intended to be used in real time, to flag surgical errors as quickly as possible.

“This project is extremely important not only for me, but also for my family in India, not all of whom have been given the tools to succeed or solve big problems,” Putalapattu continued. “I am working on this project with the aim of making the most of the resources and the chance that have been given to me, in order to make the world a better place for all.”

Putalapattu says she will use the prize money for her undergraduate studies. She plans to major in computer science and physics and hopes to one day work in quantum computing. 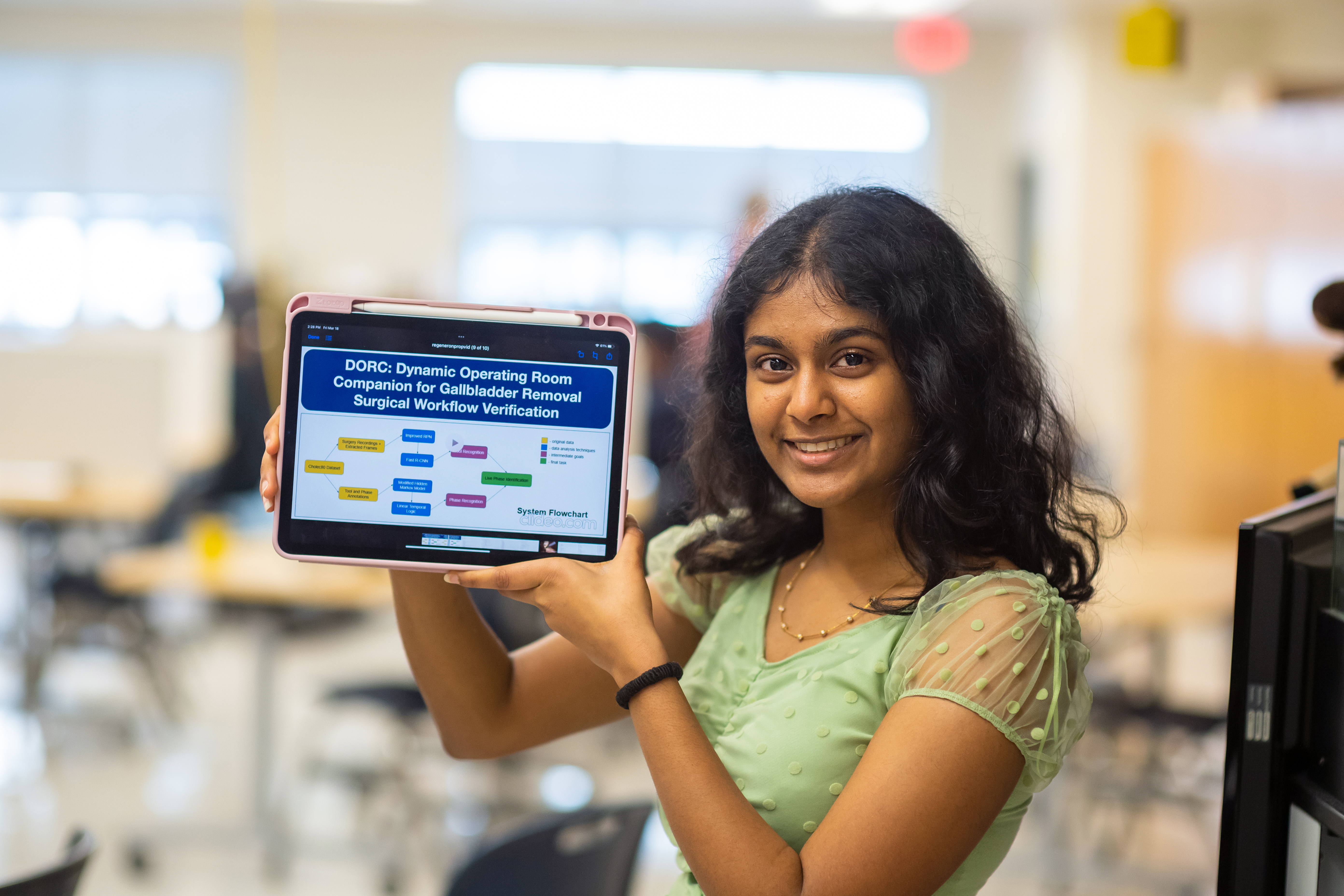 A total of more than $1.8 million was awarded to competition finalists, who were judged on the scientific rigor of their projects, their exceptional problem-solving abilities and their potential to become scientific leaders. . Regeneron Pharmaceuticals, Inc. and Society for Science host the competition, which is the nation’s oldest and most prestigious science and math competition for high school students.

The Surgical Robot’s Vital Role in Helping CUH Save Lives